I have been working as a speech pathologist since 1990.  Over this time I have accumulated a lot of resources across three different websites – BusyBugKits, SpeechBookShelf and BabyChatter.  This website is an amalgamation of this work.  I hope it helps you when you are working with your little clients! 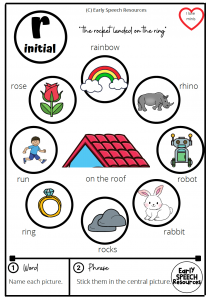 This list has many ‘r’ sounds such as red, robots and rats.  These books have been chosen with an emphasis on early reading as the ‘r’ sound is a later developing sound.

Toads in the Road. Have you tried the FREE Ebooks from Oxford Owls?  They have many early readers available online or you can buy them in paperback.  A great way to practice sounding out words.  Toads in the Road is a short picture book about saving the toads from getting run over. Suitable for Yr 1 readers.

Running Rhino .  A colourful picture book with text.  The rhino runs everywhere and crushes everything in his path.  Lots of ‘rhino runs’ or ‘rhino races’ throughout the book for repetitive practice.

The Highway Rat.   Another classic from Julia Donaldson.  The highway rat is stealing all the animals’ food as he roams the highways.  You can also get a beginning reader version for early literacy.

Little Red Riding Hood. This classic tale has the repetition of ‘red riding hood’ peppered throughout the story.  An excellent way to practice this double target!

The Really Rude Rhino.  Another rhino book with a moral lesson.  The really rude rhino is rude to everyone.  The phrase ‘Don’t be rude’ or ‘he was rude’ is repeated throughout the story.  For those children who need more clause level practice, they can also produce the triple target – ‘really rude rhino’!

Rascal and the Cheese.  An early reader for Year 1-2 students.  This series about a dragon called Rascal is by the popular author Paul Jennings.  Lots of opportunities to talk about Rascal and the r blend ‘dragon’,

The Pirate who couldn’t say Arrrr!  This cute book was written by a speech pathologist targeting the ‘r’ sound.  Lots of chances to practice saying ‘arrrrr’ like a pirate during the book.  Also the medial r in ‘pirate’ is another practice word!

Polly Parrot picks a Pirate.   Polly the Parrot is looking for a pirate to be her pet!  However all the pirates she meets are no good!  Plenty of opportunities to practice medial ‘r’ – pirate and parrot.    Appropriate for early readers or preschoolers as a picture book.

Hairy MacLary from Donaldson’s Dairy. This well known series about the dog and his friends is a wonderful book for rhyme.  Children can join in with the rehearsed lines of the dog names.  Great for the medial ‘r’. 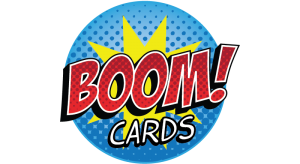